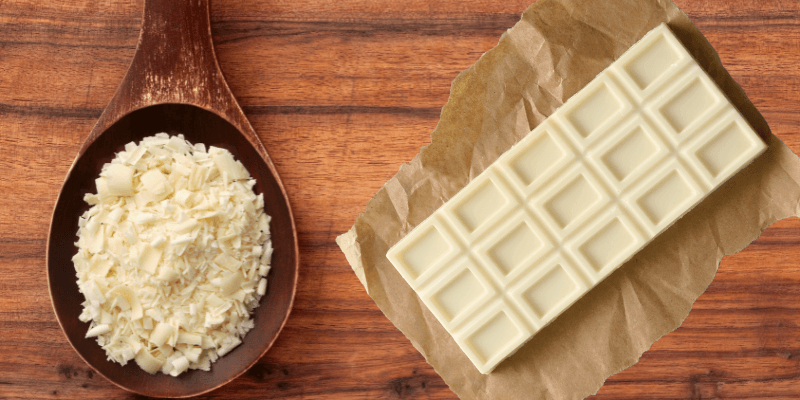 Hey, there, everyone! My name is Michelle, and I’ve spent the last ten years of my life whipping up all kinds of delicious treats and concoctions in my kitchen. I have worked with almond bark and white chocolate plenty of times. In fact, white chocolate is my favorite “chocolate” in the world.

While white chocolate and almond bark can be used interchangeably in recipes, they’re not the same product. Almond bark is used more often for coating and drizzling and is made with vegetable fats. White chocolate is trickier to melt and is created with cocoa butter.

Read on to learn the similarities and differences between almond bark and white chocolate!

What is Almond Bark?

Before diving into the similarities and differences between these two top-notch ingredients, it’s essential to understand what they are.

Almond bark is a confectionary coating that contains zero almonds. Confusing, I know. But the name comes from the original use for almond bark, which was to coat almonds. While it’s still used for this purpose, now, it’s used to cover many other treats, such as fruits and pretzels.

Although almond bark comes in white and chocolate, it does not contain any type of cocoa. Instead, it’s crafted using vegetable fats and a series of added flavors and colors. Since no cocoa is present, the texture is slightly less creamy, and the taste isn’t as robust. It is, however, much simpler to melt.

What is White Chocolate?

On the other hand, white chocolate is made from cocoa butter and a few other ingredients, including milk products and vanilla.

There is much debate about whether white chocolate is considered real “chocolate.” That’s because old requirements stated that, for a treat to be deemed as “real chocolate,” it would have to have some kind of cocoa solids.

1. They have different ingredients

The most significant difference between almond bark and white chocolate is the ingredients. As mentioned above, white chocolate contains cocoa butter. Almond bark contains no traces of cocoa. Yet, they’re still similar enough to be used interchangeably – baking is a crazy thing, isn’t it?

2. Almond bark is easier to melt

If your recipe calls for white chocolate, you might panic. White chocolate is a tad finicky when it comes to melting, and much can go wrong. The better option? Use almond bark. Since it’s made from vegetable fats and other additions, it’s a cinch to melt – even in the microwave.

3. White chocolate is creamier and smoother

If you sink your teeth into a chunk of white chocolate, you will be instantly met with an utter creaminess that is undeniably desirable. It’s so silky smooth; it’s like you’re taking a bath in white chocolate.

Almond bark? Well, it’s a bit thinner and less creamy. Why? It all comes down to the ingredients. The lack of cocoa butter equates to a lack of smoothness.

Aside from the velvety texture, white chocolate is also well-known for its exquisite richness. In fact, biting into a piece of white chocolate is so indulgent that you might think you’re committing a culinary sin. Don’t worry, though – it’s perfectly a-okay to indulge in this tasty chocolate.

Almond bark is less rich and tends to be on the thinner side. Again, this is because of the ingredients used to make almond bark. With no cocoa, it lacks the pleasurable richness of white chocolate (and other chocolates).

However, for recipes where the white chocolate doesn’t need to be melted – such as the case in some cheesecakes and other goodies – it’s best to opt for white chocolate.

That’s due to the fact that white chocolate is more luscious and creamy, which will be a desirable trait for certain scrumptious desserts.

Isn’t it fascinating to learn about almond bark and white chocolate? I certainly think so! Actually, I find it so intriguing that I had to add a few other commonly asked questions to this article – you know, for those curious folks out there that just want to keep learning (like me).

What can you replace almond bark with?

Did you know that there are actually five wonderful subs for almond bark? While you can certainly go the white chocolate route, if you want something a little easier, you can use candy melts, CandiQuik, marshmallows, or couverture chocolate.

Almond bark is definitely an excellent option for chocolate-covered strawberries, whether you use the white or brown varieties. It will taste incredible, and it’s way easier than trying to melt white chocolate, making it a good option for beginners.

Can I use almond bark instead of chocolate chips in cookies?

If you want to shake things up a bit when it comes to your typical chocolate chip cookie recipe, then consider swapping chocolate chips for almond bark. When the cookies are done, you will be pleasantly surprised by the flavors. Try using white and brown almond bark!

Almond Bark and White Chocolate Are Similar, But Not the Same

While almond bark and white chocolate are consistently utilized interchangeably, they aren’t quite the same. Almond bark is made with vegetable fats and is easier to melt, while white chocolate contains cocoa butter, creating a decadent and velvety product.

Do you prefer to use almond bark or white chocolate? Do you have anything you’d add to this list? Share all of your thoughts with us in the comment section, and we’ll get back to you! 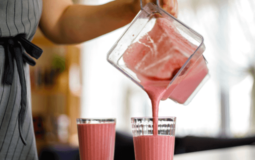 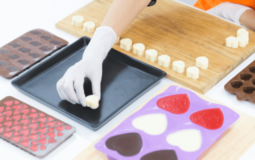 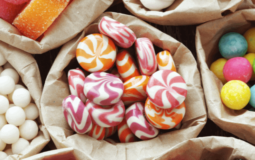 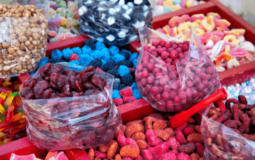 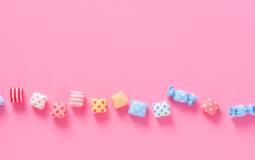 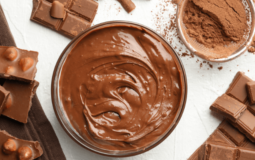 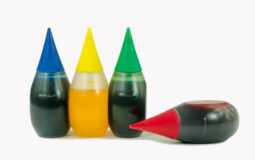 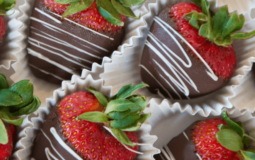 How Much to Charge for Chocolate-Covered Strawberries