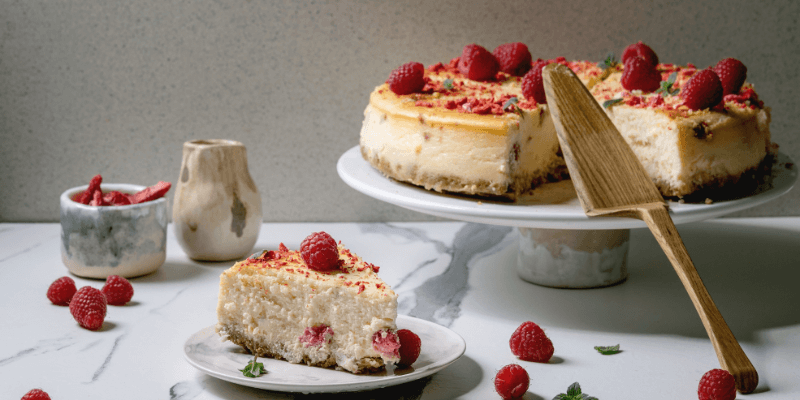 Is anyone else obsessed with cheesecake like my family? Whether we’re making it from scratch or splurging at the Cheesecake Factory, we just can’t get enough. But while we might opt for “regular” cheesecake time and time again, there are actually many different types to indulge in.

Most people are aware of “regular” cheesecakes, like New York cheesecake. But there are many other styles. From Philadelphia cheesecakes to Roman-style options, there are over ten different types of cheesecake to grace your palate.

Hello! My name’s Michelle, a cheesecake lover, and self-taught baker. While I have spent plenty of time baking, cutting, and eating cheesecake, I wanted to branch out and discover new kinds. That led me on a long journey through the many styles of cheesecakes, and I want to share my findings.

Keep reading to find out the (surprisingly immense amount of) types of cheesecake!

Yes, you read that correctly – there are ten (and likely more) different types of cheesecakes out there, each one better than the last. By the end of this list, your mouth will be watering and begging for one of these tasty new styles.

Let’s start with the most popular type of cheesecake – New York cheesecake. This cheesecake is well-known for its velvety smooth texture and unbelievable creaminess.

Although these cheesecakes are typically created solely with cream cheese and heavy cream (with a few other ingredients), some bakers employ sour cream in heavy cream’s place to avoid potential freezing.

Many people confuse New York cheesecake with regular cheesecake, but they’re not the same thing. Although quite similar in terms of base ingredients and cooking process, traditional cheesecake tends to be lighter and shorter than the New York variety.

Another critical differentiation? Regular cheesecakes are typically much, much sweeter. Think about that last trip to the Cheesecake Factory. You likely ordered one of their wildly delicious cheesecakes loaded with goodies and topped with even more treats.

These would be classified as “regular cheesecakes” rather than “New York cheesecakes.”

If you’re looking for something a tad fluffier without compromising on the famous cheesecake flavor notes, you might enjoy the Philadelphia cheesecake.

Still not impressed with the creaminess? Consider Chicago-style cheesecake. This cheesecake features a slightly dense exterior with a creamy interior that acts more like a filling than a smooth, dense interior like those found on other types of cheesecakes.

Another big difference? Chicago-style cheesecake utilizes a shortbread crust rather than graham crackers. This alters the flavor a pinch and adds some extra sweetness that many people enjoy.

Japanese cheesecake is often referred to as “Cotton Cheesecake” or “Soufflé Cheesecake.” Why? Because of the incredibly fluffy and airy texture. In fact, this cheesecake is so lightweight that it can appear wobbly or jiggly, giving it its soufflé nickname.

If you ever take a trip to Rome, you will undoubtedly find yourself face to face with a Roman cheesecake come dessert time.

Roman cheesecake varies significantly from New York, Philadelphia, and Chicago cheesecakes. Roman cheesecake does not use cream cheese. Instead, it uses fresh ricotta or a kind of farmer’s cheese. There is also no crust, ensuring a refreshing and smooth finish.

If you’re looking for a really unique and out-of-the-box cheesecake, you will want to try out Swedish cheesecake.

Swedish cheesecake is one of the most interesting cheesecakes out there. To make this cheesecake, you will need to create your own curdled milk (by adding rennet) or use cottage cheese as a speedy substitute.

This cheesecake does not have a crust, just like the Roman version. It typically contains almonds, either whole or crushed, and is served with fresh fruit or preservative fruit.

Vegans don’t have to miss out on all the fun! Vegan varieties have hit the baking world by storm, and vegans (and non-vegans) are cheering.

Vegan cheesecakes have the same consistency and taste as regular cheesecakes. The only difference is that there are no dairy products involved – obviously. Instead, vegan cheesecakes use a number of other non-dairy ingredients, such as soaked cashew nuts or silken tofu.

By the way, don’t knock it till you try it! I’ve had vegan cheesecake, and it was splendid.

No-bake cheesecake differs from other cheesecakes because no oven or eggs are involved. All you need to do is mix the ingredients, allow it to chill entirely, and serve it up. Oh, so yummy!

There you have it! The top ten most common types of cheesecakes out there. I know, I know – you want to keep learning. Don’t worry. I’ve added a few extra questions to pique your interest. Let’s have a look.

How many types of cheesecake are there?

There are well over ten types of cheesecakes out there – I only mentioned the ten most popular ones! And when we’re discussing types, that doesn’t even include flavors. I’m sure there are hundreds of yummy cheesecake flavors that are just waiting for you to try.

What are the most popular cheesecakes?

What is the difference between New York-style cheesecake and regular cheesecake?

The difference between New York cheesecake and regular cheesecake is that traditional cheesecake uses more sour cream and heavy cream in the batter, producing a lighter texture.

What is the difference between American and Italian cheesecake?

As you can see, there are tons of different types of cheesecakes on the market. From the famous New York cheesecake to the intricate, unique Swedish cheesecake and vegan varieties, there is a cheesecake that will satisfy your taste buds.

What is your favorite type of cheesecake? Have you tried any of these cheesecakes? Share your comments (and recipes!) in the comment section below! 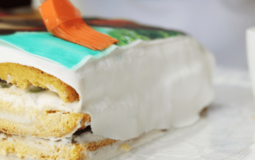 How to Put a Picture Onto a Cake 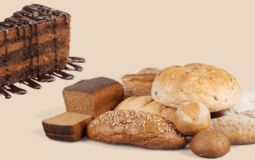 Difference Between Cake and Bread 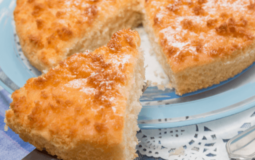 Why is My Cake Crumbly? 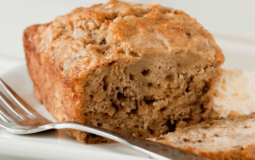 Why is My Banana Bread Gummy 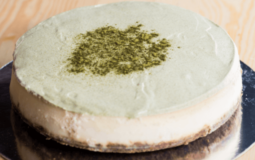 How Long Should Cheesecake Cool Before Going in Fridge 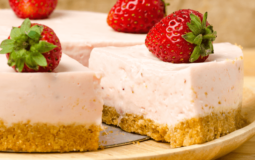 How Long Can Cheesecake Last in the Fridge 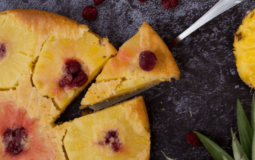 Does Pineapple Upside Down Cake Need to be Refrigerated 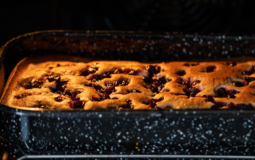 How to Bake a Cake Without a Cake Pan