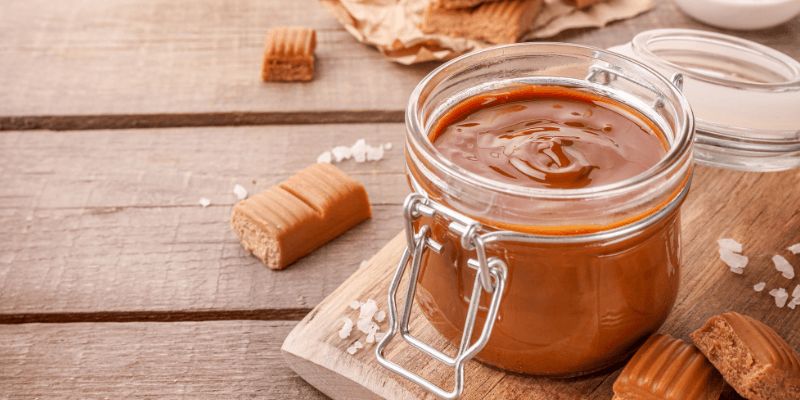 When it comes to coating (such as in the case with chocolate-covered strawberries), dipping, or melting, several options come to mind. While you can opt for traditional chocolate, almond bark and candy melts are two other fine choices. But what’s the difference between the two?

Almond bark and candy melts are surprisingly similar and can typically be used interchangeably in recipes. However, almond bark typically comes in white or brown and has a richer flavor than the colorful candy melt counterpart.

Hey, there! My name is Michelle, and I’ve been baking for the past ten years. I enjoy all aspects of baking, especially when it comes to coating and dipping. It’s so much fun, and the outcome is always oh-so-delicious!

Today, we’re discussing the difference between almond bark and candy melts. Won’t you join me?

What is Almond Bark?

Many people confuse almond bark with candy melts and especially white chocolate, but they’re not the same thing – even though they look similar. Unlike white chocolate, almond bark is not made with any type of chocolate or almonds, which is why it’s referred to as a “chocolate-like confection.”

Almond bark is created with a blend of vegetable fats, coloring, and flavors – no cocoa involved. There are also no almonds. Almond bark simply got its name from its original purpose – coating almonds. It can be sold in many forms, with blocks being the most popular.

Today, almond bark is used for various purposes. However, it’s most commonly used for coating goodies like nuts and fruits. It’s recommended over white chocolate as it’s easier to melt than white chocolate, making it more convenient.

What Are Candy Melts?

Candy melts are relatively similar to almond bark. That’s because, like almond bark, it’s made with a blend of vegetable fats and no traces of cocoa beans. However, candy melts typically have vibrant colors and more distinct flavors than almond bark, such as peppermint.

Candy melts are used for the same purpose as almond bark – melting. They can be crafted into candy molds, drizzled on top of cake pops, or coated on top of yummy berries. The possibilities are truly endless with candy melts.

Needless to say, almond bark and candy melts share many similarities. But they aren’t one and the same. There are a few key differences that can affect which one you end up purchasing. Let’s take a closer look.

1. Almond bark is richer in favor

The most significant advantage candy melts have over almond bark is the colors! While almond bark is white or brown, candy melts can be any color – pink, green, blue, etc. This allows for more vibrancy and fun when coating, drizzling, and beyond.

Keep in mind that opting for white or brown almond bark isn’t a bad thing, though! For instance, if you want your treat to look like it’s slathered in chocolate, opt for the “brown” almond bark.

If you go with the “white” almond bark, you can add colors as you desire – which may be one of the perks of opting for almond bark over candy melts!

3. Almond bark is sold in Bricks, candy melts in round wafers

The other clear difference is how these two confectionaries are sold. Almond bark is typically sold in brick form. Candy melts are sold as round wafers.

While the shape these ingredients are sold in does not make much of a difference in regards to how you’re using them, I tend to prefer the brick over the wafers. This is mostly because I prefer more “rigidness” and “structure.” Either one will work like a charm, though!

None of this information is really groundbreaking, but you can admit that it’s at least interesting, right? If you want to learn a little more about this cool topic, I have added a few frequently asked questions to pique your interest.

Is candy melts the same as almond bark?

Candy melts and almond bark are not the same things, but they’re close enough. They both utilize the same ingredients and are used for the same purposes. The only significant difference is that almond bark is more decadent and sold as a brick. Candy melts are colorful wafers.

Can you substitute candy melts for almond bark?

If your recipe calls for “almond bark,” but you only have candy melts on hand, don’t panic. You can successfully use candy melts in place of almond bark and achieve impeccable results. (Oh, and in case you were wondering, you can substitute almond bark for candy melts, too.)

Is almond bark good for dipping?

Almond bark is an excellent option for dipping – even though it might not sound or look like it should be a go-to option. However, almond bark is relatively easy to melt, coat, dip, or drizzle, and the flavor is stupendous. If you opt for white, you can easily add color to your treat without hassle!

Almond bark tastes relatively similar to white chocolate, but it’s not quite the same. White chocolate contains cocoa butter, giving it a richer and more decadent flavor and texture. However, it’s not a tremendous difference from almond bark, so go ahead and use it!

Almond bark and candy melts are quite similar and are used for the same purposes. However, I recommend using almond bark over candy melts. I find that almond bark tastes better and has added richness that I love, and opting for the “white” brick will allow you to customize easily with colors.

Are you team #almondbark or team #candymelts? Do you have any differences or similarities to add to this list? Share in the comments! 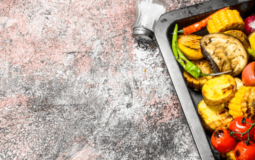 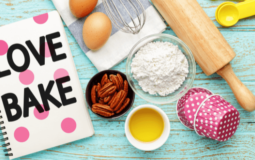