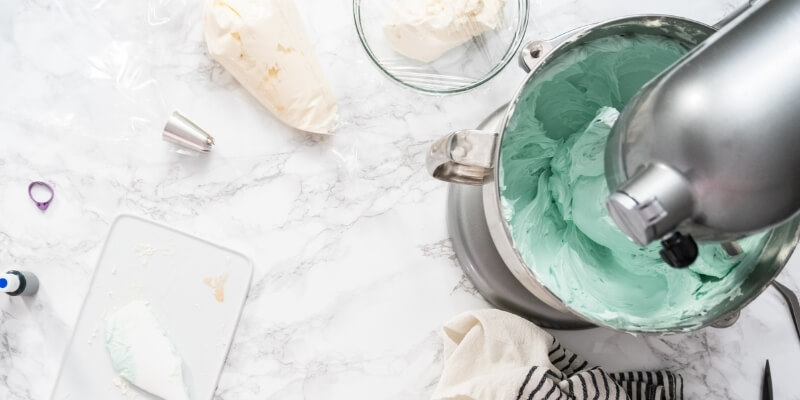 If you know me you’d know I love cakes and cupcakes. Truth is, that wasn’t always the case. When I first started baking cupcakes back in middle school, I was so put off by the sweetness of buttercream that I stopped making them altogether.

It wasn’t until a few years and many youtube videos later that I finally familiarized myself with the wondrous world of buttercream – realizing that American buttercream isn’t the only way to make buttercream frosting. There are in fact so many other techniques. Many of which are more complex in flavor but more importantly, less sweet.

I’m Angie, I’m a baker of over 10 years specializing in cupcakes and custom celebration cakes. Half of the time I receive orders, I get asked by a client if I can make the buttercream less sweet. Of course, the answer is always yes. And in this article, I’ll show you how you can make your buttercream less sweet as well.

What is Buttercream Frosting Made of?

American buttercream is made from butter beat at a high speed with icing sugar. The process aerates the mixture and gives it a light a fluffy texture. The icing sugar gives the frosting more structure and helps it stay stiff enough for piping, but because it is added in such large quantities, American buttercream tends to be extremely sweet.

Understandably, you can’t simply take away the icing sugar, not by much at least, otherwise, it will affect the hold of your buttercream.

So what could you do then, if you want a less sweet buttercream frosting?

Lessen the Sweetness of Buttercream Frosting

Here are three ways you can lessen the sweetness of your buttercream frosting.

Since removing sugar isn’t an option, try increasing the amount of butter you put in your buttercream. Set at room temperature, your butter should stay soft without melting. You can also add shortening instead for a more neutral taste.

For this method, you’ll need to have some softened butter/shortening on hand. Add them a tablespoon or two at a time and mix at high speed until it is well incorporated before adding in more.

This one is kind of a cheat. You are not actually lessening the sweetness of your buttercream, but adding something extra to distract others from the sweetness.

This can be extracts, lemon juice, alcohol, or as simple as a pinch of salt. Having another flavor in your frosting that isn’t just sweet will help balance out the intense sweetness from the icing sugar.

A sour or citrusy flavor is a great way to go because sourness complements sweetness. Used in a balanced manner, you’ll find that your buttercream tastes lighter and more refreshing.

There are two reasons why dark chocolate makes a great addition to your buttercream frosting.

While American buttercream is the most simple to make, it is no doubt the sweetest of all buttercream. If you prefer a less sweet option, try one of the following!

Ermine buttercream, also known as “flour buttercream” or “boiled milk frosting”, is an old-fashioned French buttercream made with flour, sugar, milk, and butter. The flour and milk in ermine buttercream recipes help give it structure without having to add too much sugar.

Start by making a roux by whisking flour and milk together and bringing it to a boil. Once it comes together and thickens, remove it from heat and whisk in your flavoring. Rest it until it’s completely cooled.

Beat together your butter and sugar. Once the mixture has become light and fluffy, add your roux in a tablespoon at a time. You should end up with a light, soft frosting.

Here’s a detailed recipe for ermine buttercream frosting. Definitely give this a go!

To make swiss meringue buttercream, you will need a double boiler aka a bain-marie. Sugar and egg whites are cooked on the bain-marie until the sugar has fully dissolved, and the mixture is then beaten until glossy peaks form.

For Italian meringue, you first have to boil your sugar with some water to make a very hot syrup. Once the syrup has reached 235-240F, you can pour it into your beaten egg whites and keep beating until stiff peaks form.

From this step forward the steps are the same for both Italian and swiss meringue. You wait until your meringue has completely cooled down to room temperature and then start adding softened butter to it a tablespoon at a time, beat it until everything is emulsified.

The addition of egg whites gives your meringue buttercream added flavor and a marshmallowy texture. The elimination of powdered sugar makes sure that your buttercream is not gritty and is less sweet.

That said, my perfect cream cheese buttercream frosting uses cold, sweetened condensed milk instead of powdered sugar. The result is, in my opinion, an even more delicious, silky, milky, and less sweet frosting.

Here’s the recipe for a condensed milk cream cheese buttercream.

Here are some commonly asked questions regarding the sweetness of buttercream frosting.

How do you fix sugary icing?

By sugary I’m assuming you mean gritty. When making buttercream with icing sugar, sometimes the sugar granules won’t melt which will result in a grainy or gritty buttercream.

You can remedy this by adding a bit more liquid which will help melt the sugar. Otherwise, you can leave your buttercream out to rest for a few hours. Beat it until fluffy again when you’re ready to use it and it should dissolve better.

What is the least sweet buttercream?

From my 10 years of experience making buttercream, I would say that cream cheese buttercream, specifically as mentioned above, is the least sweet. To make it even less sweet, I simply reduce the amount of condensed milk in the recipe which doesn’t drastically change the consistency of the buttercream.

How can I thicken buttercream without icing sugar?

Cakes and cupcakes simply aren’t complete without a nice dollop or a swirl of buttercream. It’s what makes them special! If you’re not a fan of overly sweet buttercream, I hope this article has taught you ways to reduce its sweetness and helped you find some alternatives.

Have you tried any of the methods I mentioned? If so let us know which one’s your favorite! 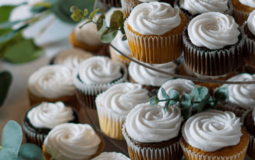 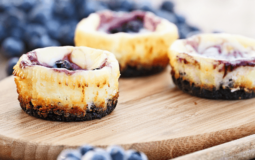 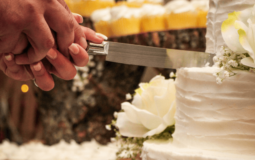 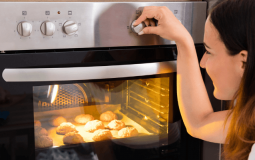