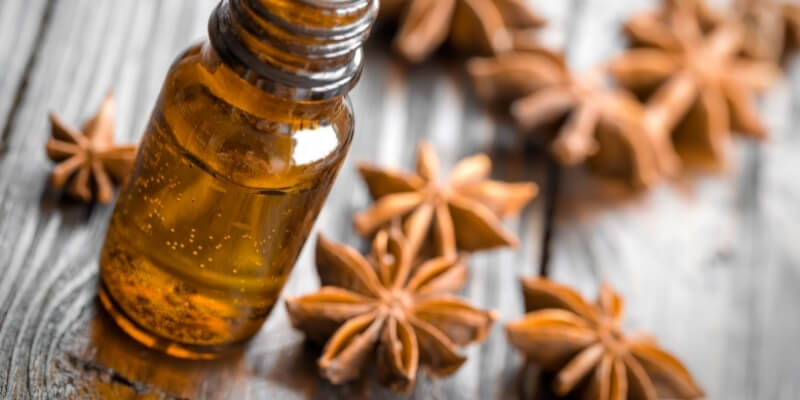 Anise oil provides baked goods with an irresistible licorice scent and flavor, but it’s not always the easiest thing to find. If your recipe calls for anise oil, you may have luck in a local grocery store or big-box chain. If not, you might need to turn to the internet for anise oil.

Hi! My name is Michelle, and I’ve been baking for over ten years. I have come across many recipes that needed quirkier ingredients during my baking adventures, such as anise oil. While I used to have trouble finding these “different” ingredients, I’ve learned where they’re stashed.

While anise oil might not be something you use every day, it is imperative for specific recipes. If you’re trying to make an anise oil recipe and can’t seem to find any anise oil around, I can help.

Keep reading to find out where to buy anise oil!

What is Anise Oil?

While anise is commonly used in medicine, it acts as a flavoring agent when this herb is utilized in baking as oil. The aroma and flavor provide an undeniable sweetness and somewhat vibrant flavor that resembles closely to black licorice.

Due to its distinct flavor composition, anise oil isn’t suitable for all recipes. Some of the most common recipes utilizing anise oil are biscotti and pizzelle. If you’re creating one of these recipes, or any range of other delectable anise oil recipes, you need to know where to find it.

Where to Buy Anise Oil

The good news is, while anise oil might not be as common as other household ingredients like flour and sugar, it shouldn’t be too hard to come by. Most local grocery stores will carry anise oil.

If you can’t find anise oil at your local grocery store, here are some other great options:

Can You Buy Anise Extract Instead of Anise Oil?

When shopping at a local grocery store or big-box chain, you might run into one common problem – the store only offers anise extract instead of anise oil. Can it be used in your recipe just the same?

If you need anise oil now, but you can only find anise extract, don’t panic. Anise extract can be used as a substitute for anise oil. However, anise oil is far more powerful in terms of flavor and aroma. So, the amount should be cut in fourths.

Where to Find Anise Oil in the Grocery Store

Are you hunting around and having trouble finding anise oil in your local grocery store? Don’t panic. There are really only two spots it will be stashed.

Keep in mind that some of these stores will only carry the anise extract instead of the anise oil. If that’s the case, and you’re in a rush, don’t hesitate to use the extract instead. Just make sure to use a lot more of it (see above).

Finding anise oil doesn’t have to be as big of a challenge as you think it will be. If you still have questions about anise oil for baking, keep reading. We’ve pulled up a few frequently asked questions you might want to know the answer to.

How do you make anise oil for baking?

If you can’t find anise oil, but you can find anise seeds, you can always make your own anise oil. All you have to do is grind the seeds using a spice grinder and saute with neutral oil on low heat for around ten minutes. Viola! Homemade anise oil at your fingertips.

Is there a difference between anise oil and anise extract?

Eventually, yes. But if stored properly, anise oil can generally last up to three or four years. The important thing to remember is that anise oil should be kept in a tightly sealed container. Store it in a cool, dry, and dark area such as the back of your kitchen cabinet or pantry.

In oil form, it will look just like any other oil you might use in the kitchen. Before being crafted into an oil, though, anise looks like tiny fennel seeds.

Anise oil provides a delectable licorice scent and flavor to various recipes. It shouldn’t be too hard to find, either. Just look at your local grocery store in the baking or international foods department, and it should be there.  If not, you can always shop online for quality anise oil.

Do you use anise oil? What is your favorite anise oil recipe? Share your recipes with us below so we can try them, too!