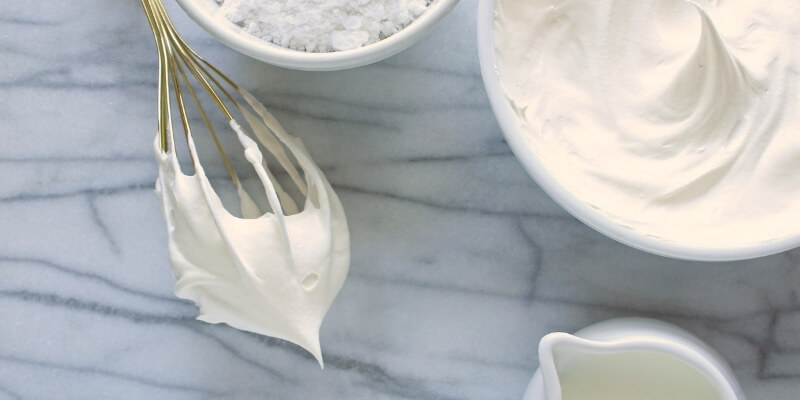 Did you know that Cool Whip was invented to save time? A bit counterintuitive isn’t it? Because it is sold frozen and has to be thawed before it can be used.

It has happened to me a few times, all of a sudden needing cool whip for a dessert but all I’ve got was a hard icy block. The frustration was REAL, but thank god because over time I managed to try out a few different ways of thawing cool whip and eventually found a few that’s worked like a charm.

In this article, I will show you four simple ways you can thaw your Cool Whip and what you need to keep in mind when doing so.

Cool Whip is sold at the frozen section in grocery stores. Freezing cool whip gives it the long shelf life that it has and that is the instructed way of storing your cool whip at home as well, in the freezer.

Freezing Cool Whip turns it solid. That is not the texture we want to look for. After all, Cool Whip is supposed to be an alternative to dairy cream, the super soft and airy, cloud-like, melts in your mouth type of cream.

In order to bring back your Cool Whip to its perfect texture, we need to get it back to room temperature so that we can work with it. That is why we must thaw it. Depending on how much time you have on hand, you can choose between different methods of thawing.

How to Thaw Cool Whip

Here I’ll list four ways to thaw your Cool Whip, from the quick to slow.

Method 1: 30 Seconds in the Microwave

Most microwaves these days come with a defrost setting. But if yours doesn’t, simply set it to between 30% to 50% power.

Remove the lid of your cool whip and place it into your microwave. Turn your microwave on for 30 seconds intervals, take your Cool Whip out after each time, stirring in between to make sure all of the content is being warmed up evenly.

You shouldn’t have to repeat this process more than six times, which would be three minutes in total.

For this method to work, just make sure you don’t cook your Cool Whip by leaving it in for too long. Stirring is also crucial because uneven heating can result in part of your Cool Whip turning yellow and can lead to it splitting as well.

You can also thaw your Cool Whip by placing the whole container, with the lid on, into a big bowl of cold water. Do this in the sink if you don’t have a large enough bowl. Just fill it high enough to fully submerge your Cool Whip if you press it down or let cold water run over it.

Let your Cool Whip swim in there for 30 minutes. Once time is up, you can give your Cool Whip a gentle squeeze to feel whether it is still hard inside. If it is, simply leave it in for a little longer, 10 minutes or so, and it should be ready.

Make sure to only use cold water for this method. Cold water gradually raises the temperature of your cool whip without putting it at risk of spoilage.

Method 3: One Hour on the Countertop

This one is for the people who just can’t be bothered. All you need to do is take your cool whip out, place it at your counter and just let it do its thing.

The only downside to this method is it isn’t actually as simple as it sounds. Because of the dairy content in Cool Whip, it can spoil easily if you leave it out for too long. Spoiled cool whip is gross and watery and you can do absolutely nothing with it.

For this method, promise me you will set a timer. Your Cool Whip should only be at room temperature for a maximum of one hour. You can maybe get away with two if you’re in a cold country, just keep an eye on it and check on it like it’s your cellphone.

Method 4: Overnight in the Fridge

All you need to do is take your Cool Whip out of the freezer and put it in your fridge for a few hours, preferably overnight. Doing so will give your Cool Whip plenty of time to reach your desired temperature without altering its consistency or putting it at risk of spoilage.

Things to Keep In Mind

Improperly thawed Cool Whip can split and become liquefied. Not only will the consistency change, but you might also end up with a sour, nasty tasting cool whip that you’ll have no choice but to toss in the garbage. Horror story if you ask me.

To prevent this disaster from happening, make sure that you never leave your cool whip at room temperature for over two hours or one hour at a temperature above 90° F.

Do not forget to stir if you’re using the microwave method. Last but not least, you should avoid refreezing your cool whip as it can also alter its consistency.

Thawing Cool Whip takes a bit of time and patience, done wrong and you might have to run to a store for another box of it. But when thawed correctly, what you end up with is a stable, fluffy topping that pairs fantastically with all your favorite desserts.

These were the four ways I like to thaw my Cool Whip but by no means the only ways. Have you had a Cool Whip disaster? What’d you do wrong and how did you fix it? Comment down below and let me know! 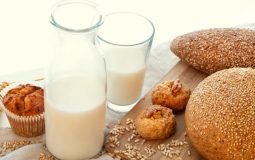 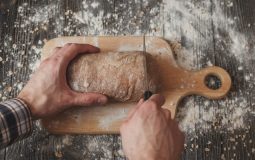 Baking vs Cooking: What’s The Difference?