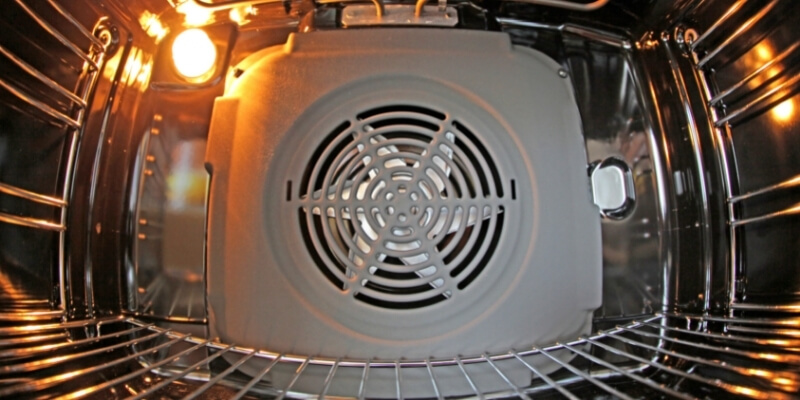 Have you ever read through a recipe and come across the term “fan”? Fan is describing a forced-air or convection oven rather than a regular conventional oven. This type of oven uses a fan to circulate hot air evenly through the oven and is best for only certain kinds of baked goods.

Hello! My name is Michelle, and I love baking! I have been baking for over ten years and have come across all sorts of different terms, one of them being “fan.” Through my baking and cooking adventures, I have learned many terminologies, and I’ll be sharing “fan” today.

If you run across a recipe with the term “fan,” don’t panic – just learn what the term means by reading the rest of this article.

What Does Fan Mean in Baking?

If you’re using a cookie recipe that calls for a convection oven, you might be left scratching your head, especially if the term used in the recipe is “fan baking.” What exactly does this mean?

It’s pretty simple, really. Fan baking is another term for baking with a convection oven. Sometimes it is referred to as “fan bake” or “forced-air baking.” Why is this? It all comes down to how convection ovens are used.

In a convection oven, or “fan baking” oven, hot air is circulated through the entirety of the oven. This results in fast-moving hot air that will be evenly distributed to the ingredients at a rapid pace.

Why Use Fan Baking?

Why would someone want to cook this way? Some recipes, such as a roast or a loaf of bread, taste and look better with a bit of browning. What better way to encourage browning than with plenty of hot air being circulated through the oven?

If you want to try out fan baking at home, consider a top-notch 10-in-1 convection oven that can do it all.

When Not to Use Fan Baking

Fan baking is not ideal for all recipes. Delicate recipes, such as cakes and custards, should avoid fan baking entirely. Using this method, more delicate and soft recipes can end up getting dried out or burned entirely.

How to Fan Bake

If you’re using a recipe that calls for a conventional oven, but you only have convection, don’t think you have to toss the recipe out entirely. You can easily use the same recipe in your fan baking oven. Here’s how.

Keep in mind that some recipes will also want you to use a convection oven without the fan. So, pay extra close attention to your recipe, especially if you’re using one from another country. The US does not tend to use the term “fan baking” as often as other areas such as the UK.

So, you still want to learn about fan baking, eh? Luckily for you, I have found some of the most frequently asked questions about this topic on the net. Keep reading to become an expert at fan baking knowledge.

What does it mean to bake with fan?

Baking with a fan essentially means you are using the fan feature on your convection oven. This allows the fan to turn on, which moves the hot air around the food rapidly. With this hot air movement, baked goods are heated more equally, with browning on the exterior.

What does fan mean in British baking?

If you ever watch the British Baking competition or any British baking show, you will likely hear the term fan baking. This just means that they are using a convection oven with the fan turned on.

When someone says they are using “160 fan” for baking, they refer to using a convection oven with the fan turned on at 160C. For those using Fahrenheit, this means they would be using 350F with a conventional oven.

What is the difference between a fan oven and a conventional oven?

When should the fan be turned on in the oven?

A fan is a great way to distribute heat to your foods. With that said, it is ideal for a slew of dishes, from savory roasts and vegetables to sweeter treats like cookies and sweetbreads. However, one should be careful using the fan when baking delicate goods, as they can dry or burn.

Fan in baking is simply referring to a convection oven with the fan turned on. Fan baking ensures that the heat is evenly distributed at a rapid pace thanks to the inclusion of a fan inside of the oven. It’s great for many recipes but not the best choice for very delicate recipes.

Do you ever use fan baking when you’re baking a sweet treat? How do you do it with the best results? Share your fan baking stories and recipes with us so we can try them, too!