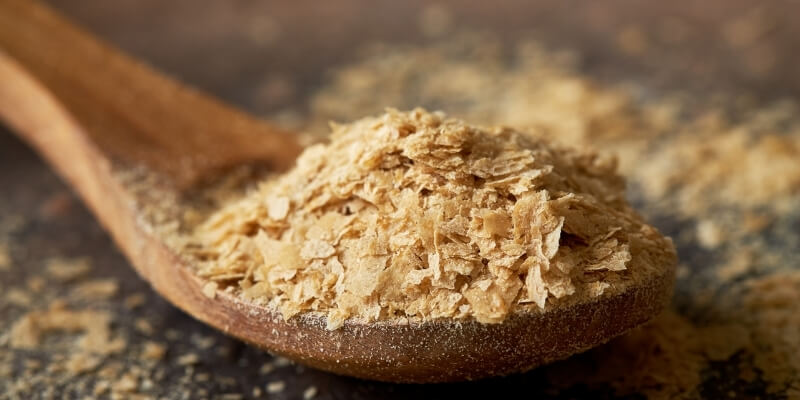 Brewer’s yeast, formally known as Saccharomyces Cerevisiae, is a fungus used to brew beer and bake certain bread. It has a bitter flavor/odor yet wields plenty of nutritional benefits. It can be found in some local stores, big box stores, or online.

Hi! My name is Michelle, and if there are two things I love, it’s beer and baking. That said, I am pretty familiar with brewer’s yeast and where to find it. I will say that living in California has its perks when finding ingredients, but I know some other handy tips for finding it, too.

Does your recipe call for brewer’s yeast? While you could potentially use baker’s yeast instead, I always feel it’s better to follow a recipe 100% for the best results. If you’re having trouble finding it, keep reading. Below you will find out where to buy brewer’s yeast for baking.

Get your aprons on, and let’s start baking!

What is Baking Brewer’s Yeast?

Brewer’s yeast is a fungus, formally known as Saccharomyces Cerevisiae. While it is commonly used to brew beer, baking brewer’s yeast is specifically designed for baking certain kinds of bread.

When combined with the rest of your ingredients, baking brewer’s yeast will ferment carbohydrates and trap carbon dioxide. In turn, this creates the necessary “rise” for braids. In the end, you’re left with bread that is fluffy and light rather than dense and flat.

One of the major benefits of using brewer’s yeast is its nutritional properties. It is far “healthier” than other kinds of yeasts. It contains a slew of vitamins and minerals, including B-complex vitamins.

Where to Buy Brewer’s Yeast

Where to Find Brewer’s Yeast in the Grocery Store

If you are lucky enough to find a baking brewer’s yeast in a grocery store, it will likely be around the baking section where you find other yeasts. Again, it is important to avoid the supplement. If you find brewer’s yeast in the health aisle, it’s likely a supplement and not for baking.

Can I buy brewers yeast at the grocery store?

Sometimes yes and sometimes no. It depends. You will have no problem finding brewer’s yeast as a nutritional supplement, but not the “active” kind necessary for baking. For this type, you will likely need to venture to bigger chains or shop online.

Can brewers yeast be used for baking?

Yes. Most of the time, brewer’s yeast is used for baking bread. It may be too bitter for other types of recipes, such as cookies or cakes because it is not sweet. However, plenty of bakers use it and have altered their recipes to make fantastic-tasting treats using brewer’s yeast.

Can you use instant yeast for brewing?

Yes, you can. So if your goal is to brew instead of bake and only have instant yeast on hand, go ahead and use it.

Brewer’s yeast specifically designed for baking can be a bit challenging to find, as most stores only carry brewer’s yeast as a nutritional supplement. If nothing else, you can find baking brewer’s yeast online or at a local brewing store.

Do you use brewer’s yeast for baking? Where did you find it? Share with us below!