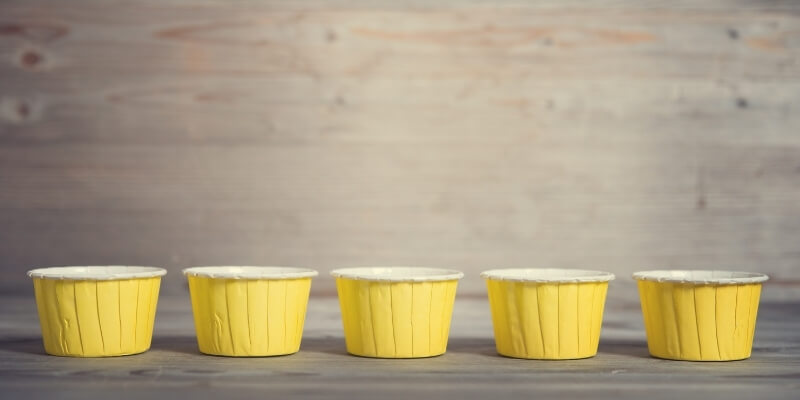 You’ve got all your ingredients, everything’s all set for you to make your tray of cupcakes. Then you see a line on your recipe saying “line your cupcake tin” and that’s when you realize, you don’t have ANY left.

Has this happened to you? It definitely has for me. Whether you’re baking as a hobby or as a job, there are those days when you’re just unprepared. What then, do you do? That one dozen cupcakes still needs to be baked somehow.

Don’t stress, because you can most definitely still get them done even without cupcake liners. You can easily make your own, or simply skip them altogether and grease your cupcake tins.

I’m Angie, I’m a self-taught baker who’s been baking cupcakes for over 10 years. In this article, I’ll show you exactly how you can bake your cupcakes without liners and save yourself a trip to the shop.

Keep reading and let’s get baking!

What is Cupcake Liners for?

On top of keeping our cakes nice and neat and pretty, cupcake liners serve a few other purposes in baking. Cupcake liners are made of parchment paper or foil. When we line our cupcake tins with cupcake liners, the liner acts as a barrier between our batter and the metal tin.

Having a barrier prevents the batter from sticking to the pan, which makes removing the cakes quicker and easier. They also make the final cupcakes less greasy on the surface and more hygienic to hold once they’re done.

The liner also acts as a layer of insulation between the cupcake pan and the batter, keeping the cake from burning and ensures even baking.

What to Do If You Don’t Have Cupcake Liners?

Flip your cup upside down, place your parchment paper on your cup and press it downwards until a crease is formed. You can mold your paper along the edge of the glass for a neater look. Put your creased cupcake liner in your muffin tin, leave your glass in for a minute or two to help your liner hold its shape.

I learned this trick from Cupcake Jemma so make sure to check out her video for a more detailed visual guide on how you can make your own cupcake liners with parchment paper.

If you’re in a bit of a rush or simply don’t want to trouble yourself with the parchment paper origami, there is an even easier alternative. All you need to do is grease your pan.

Greasing your pan makes sure that your cakes won’t stick to your pan and can make removing your cupcakes easier. You can grease your pan with any oil of your choice. The easiest and most mess-free option would probably be to use baking spray.

Baking sprays are formulated with oil and flour to create a nonstick barrier for any baked goods. A light coat of it and it will reach all the corners of your baking pan.

If you don’t have baking spray on hand, you can also grease your pan with a brush of oil or butter. The effect is the same. Just make sure not to brush too much as you don’t want your cakes getting too greasy.

Without cupcake liners, it may be a little harder than usual to remove your cupcakes. Here’s a tip on how to remove unlined cupcakes more easily.

With a toothpick, check if your cupcakes are fully done by poking them in the center of your cupcake. You’ll know they’re done when your toothpick comes out clean. Run the same toothpick along the edge of your cupcake to loosen it from any sticking if necessary.

Lay a clean towel on top of your cupcake tray, make sure it is big enough to cover your whole tray. Hold it tight enough on both sides so your cakes won’t be dropped. Flip the tray over and your cupcakes should remove themselves from the tray.

Can I use aluminum foil instead of cupcake liners?

Yes, it’s possible! You can make foil cupcake liners following the same method above. However, since aluminum foil doesn’t have the same nonstick property as parchment paper, you should combine the two methods above and grease your foil liners before pouring batter into them.

Can you bake cupcakes without a cupcake tray?

You can bake cupcakes without a cupcake tray using silver foil liners. They are stiff enough to hold their shape on their own and you won’t have to worry about them tipping over or spilling. You can also use a stack of five or more regular cupcake liners as one cupcake cup.

Why are my cupcakes sticking to the liner?

Your cupcakes are most likely stuck to the liner because they’re not completely cooled. As they cool, they will shrink a little and firm up so they won’t attach to the liners as much.

Can I use wax paper instead of cupcake liners? 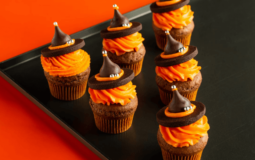 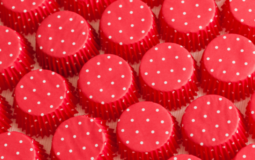 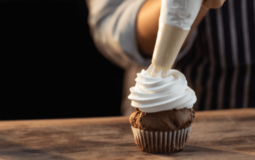 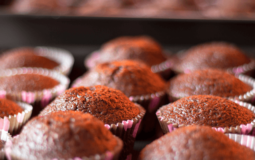 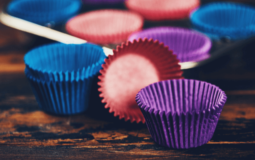 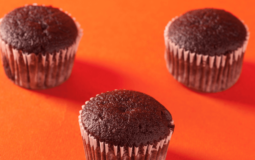 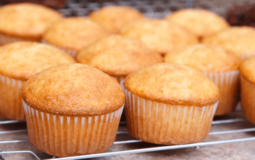 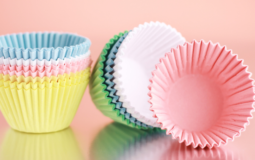