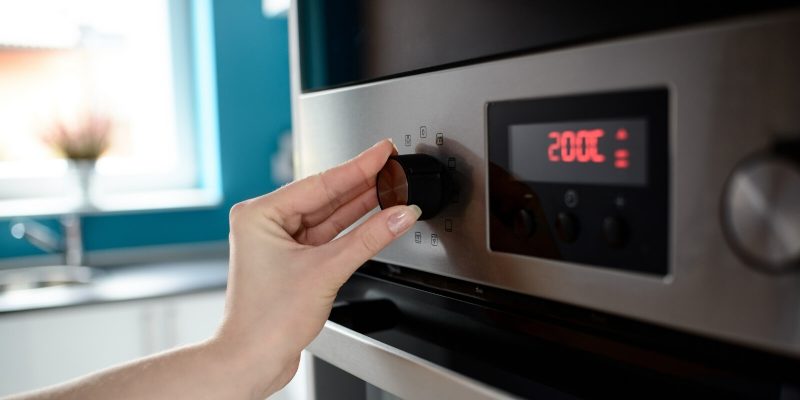 When you head to your kitchen oven, you will see two options: bake and broil. But what’s the difference? Can they be used interchangeably? The quick answer is no. Baking uses indirect heat at lower temperatures, while broiling is direct heat with higher temperatures.

Hey, there! I’m Michelle, and I’m pretty sure I spend too much time in my kitchen, but I love it. That said, I know all about broiling and baking and when to use them. Don’t worry – if you’re not there yet, it took me a while to understand the difference and when to use each one.

If you want to know the difference between broil and bake, I’m here to help. While they are pretty similar, they do, in fact, serve different purposes – and you need to know this to become an at-home chef!

Keep reading to find out the real difference between broil and bake, as well as some other fun tips and tricks!

Difference Between Broil and Bake

The best way to understand the difference between the two is to look closer at each one. Let’s dive in.

Broiling is a cooking method that involves direct heat at an extremely high temperature, typically 550F. It is best for cooking solid foods such as meats and vegetables. That is why most people will opt to broil a steak or roast their veggies under the broil setting.

To successfully broil, the pan must be placed strategically close to the broiler so the extreme heat can cook the foods fast. Some ovens have the broiler on top, while others have them on the bottom. Knowing which style you have is imperative for success.

The best way to use the broiling method is to make sure your ingredients are thinly sliced, so they cook quickly and efficiently. Leave the oven door open ajar to ensure that the broiler stays on instead of kicking off and on.

Essentially, broiling provides a perfect sear on a variety of thinly-sliced ingredients.

Baking, on the other hand, is better suited for foods that are not solid. That is why baking is best for treats such as cakes and muffins that need to be solidified from the inside out.

Unlike broiling, baking is an indirect method that surrounds food with hot air. Typically, baking will utilize anywhere from 350F to 400F. The middle rack is the best option for baking for a slow, even cook on the inside and no crispiness on the outside.

Since baking is essentially the low and slow method for wet ingredients, that is the main reason why you should always preheat an oven before using it. Why? Because, during the preheating stage, the heating elements (commonly the lower element) stay red hot for 5 to 10 minutes.

If you were to place a cake or sheet pan of biscuits inside the oven during the initial preheating stage, you risk burning the bottom. You may also alter the cooking time as the oven will not be warmed enough to cook the ingredients in their entirety.

Still curious about the difference between broil and bake? Let’s take a look at some of the frequently asked questions regarding this topic.

How is broiling different from baking?

As mentioned above, broiling is a method of applying direct heat to thinly sliced ingredients. It is a faster cooking method that produces a nice sear. On the other hand, baking is designed to fill the oven with hot air that bakes goods slowly from the inside out.

Can I use broil instead of bake?

While you can substitute for baking for broiling, you cannot use broil instead of bake. This is because the cooking method is different, and your ingredients will likely not be able to cook thoroughly.

Which is faster, bake or broil?

Since broil uses a higher temperature with thinly sliced ingredients, it is much faster than baking.

Yes, broiling makes things crispy. It produces that beautiful browning that you would see from other cooking appliances, such as a grill. That is why broiling is best for ingredients such as steaks, kabobs, and vegetables.

Do you leave oven door open when you broil?

Yes, leaving the oven door slightly ajar when broiling will let enough heat escape so that the heating element stays on instead of kicking on and off during the cooking process.

Do you use the broiling or baking method more often? What are your favorite things to broil and bake? Share with us below (include recipes, please!) 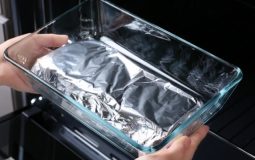 How to Clean Glass Baking Dish 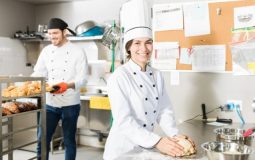 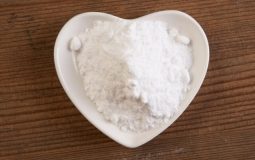 How to Clean Silicone Baking Mat 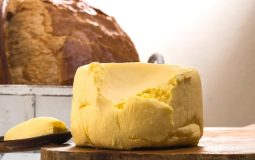 What Does Butter Do in Baking? 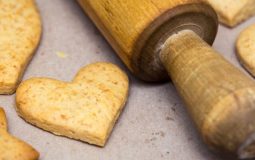 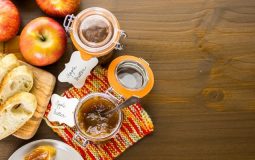 Does Apple Butter Go Bad & How Long Is It Good for?