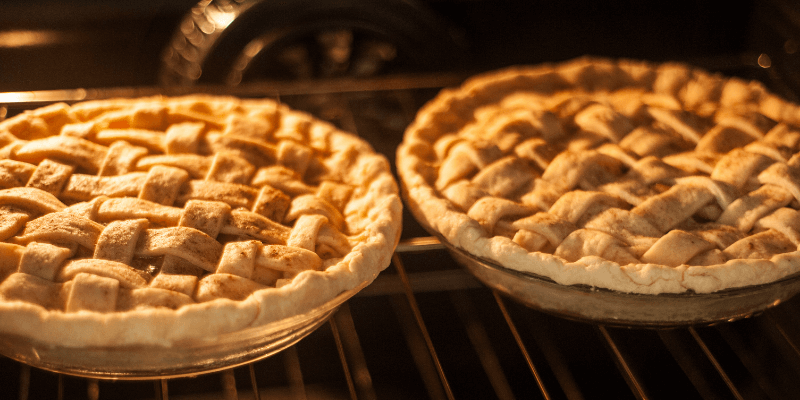 The answer is: Yes! You can successfully bake two pies at the same time, and the results are impressively great. As long as you use the right tips and tricks for success, you can whip up pies quicker than your family can eat them.

When it comes to the holidays, there are two things I always hear from my family: “We love you” and “Will you bake the pies?” Seeing as how I’ve been baking for the last ten years, it’s not shocking that they want me to be in charge of baking the desserts.

However, my Dad loves apple pie, while my Mom is a fan of pumpkin. And as much as I love to bake, I was tired of spending half my holiday standing in front of the oven.

That said, I decided to learn how to bake two pies simultaneously. It’s pretty easy, actually, as long as you follow some basic guidelines. And that’s precisely what I’m going to share with you today.

Hey! I’m Michelle, and I’m the baker of the family, so most baking projects fall into my lap. And that’s a-okay! Baking two pies at once is relatively simple as long as you bake for a few extra minutes and find pies that use the same temp (not essential – but way easier).

Baking Two Pies at Once: 4 Must-Know Tips For Oven Use

Now, don’t toss two pies into your oven and hope for the best. There are some rules to this whole baking thing, especially when it comes to baking multiple pies. Follow these simple steps for success.

When there are more things in your oven, the temperature decreases. There is really no way around that. And while some people may suggest cranking up the temperature, that’s a big no-no when baking two or more pies at once.

Increasing the oven temperature will guarantee two things: a burnt filling and an overdone crust, otherwise known as pie that won’t make it on the end of anyone’s fork.

What’s the better solution? Add five to ten minutes of baking time. Of course, keep an eye on your pies to ensure that they’re not overbaking during the extra time frame.

Note: If you’re baking more than two pies, increase the baking time by 5 to 10 minutes for the second pie, then tack on an extra two to three minutes for every additional pie.

2. Use Pies With the Same Oven Temp – If Possible

Using pies that call for the same baking temperature will make your life immensely more manageable. All you need to do is add the extra five to ten minutes and relax.

For example, the apple pie recipe and pumpkin pie recipes I use call for different baking temperatures. I needed to learn how to work around this sticky situation.

I learned that the best thing to do is to opt for the lower baking temperature and set two different cooking timers. That way, you can remove the first pie when it’s done and allow the second one to cook a bit longer to compensate for the lower temp.

Think of your pies like a couple that just broke up – they need their space. Make sure that your pies aren’t touching each other or the oven walls. There isn’t any primary reason other than they might not bake correctly if certain parts are touching, so keep them apart.

4. Use the Bottom or Middle Rack

Whether you’re baking a single pie, two pies, or three miniature pies, the best place for your pie is on the bottom or middle rack. It mainly depends on the recipe you’re using, so double-check the instructions and do not compromise on placement.

The proper placement is vital for a crust that’s golden brown and flaky rather than soggy and undesirable!

2 Concerns of Baking Multiple Pies at Once

A few key concerns hold people back from baking multiple pies at once, even if it’s just two different pies. Let’s discuss.

1. One Flavor Taking Over

If you’re making two distinct pie flavors, you might worry that one flavor will take over the other and ruin your second pie. I’m here to tell you – don’t worry about that. Even side-by-side, your pie flavors won’t intermingle.

I will be honest when I tell you that baking multiple pies is a bit more finicky than a single pie to get the right results.

However, as long as you use a constant temperature and give them an extra few minutes of bake time, it shouldn’t be an issue.

Don’t take your eyes off the “prize,” though. (Or should I say pie?) Baking multiple pies is tricky and will need your full attention.

How to Tell When Pies Are Done

I’ve said, “keep an eye on your pies,” several times. But if you’re not exactly sure what you’re keeping an eye on, it really does you no good.

Knowing how to tell when pies are done is critical for success, especially when baking two pies of different varieties.

For the first two indicators, you can rely on sight alone. The third indicator – soft fruit – will require you to use a toothpick, fork, or another sharp object to stab the fruit and check its texture. If the object sinks right through the fruit, it’s done!

Custard pie, on the other hand, can be a bit trickier.

The best way to check doneness is to shake the pan gently. The filling should be relatively firm near the edges and slightly jiggly in the center. However, it should not be loose. If it’s wobbling all over the place, it needs more time to bake.

Baking two pies is truly easy as pie – as long as you follow the right tips and tricks. If you want to keep learning about baking two pies simultaneously, I got you covered. Let’s dive into some commonly asked questions about this topic.

Can you cook an apple pie and a pumpkin pie at the same time?

You certainly can! It’s something that I prove every holiday season and will continue to do so for the next 50, or 60 years. Give it a try!

Do you bake pies in the middle of the oven?

Some recipes call for being baked in the middle of the oven, in which case you should follow suit. If the recipe does not recommend a rack for baking the pie, you should opt for the bottom rack as it tends to render the best crust results.

How do you carry multiple pies?

You baked multiple pies for the party. Now what? How are you going to get them there? If you want to purchase something, a bamboo steamer basket works wonders. Or, you can simply wrap them in tinfoil, place them on a baking sheet, wrap them once more, and be on your way.

Can you bake 3 pies at once?

Honestly, you can bake as many pies as you’d like. But the more pies you add to your oven, the more overwhelming it might become – unless you’re using recipes that call for the same temp. Also, try to avoid using the top rack of the oven as pies won’t turn out correctly.

You can successfully bake two pies simultaneously, even if they are not the same flavor. The best thing to do is increase baking time by 5 to 10 minutes. Try to find pies that require the same temp, and don’t let them touch while baking in the oven.

Have you ever baked two pies at once? Do you have any tips or tricks to share? 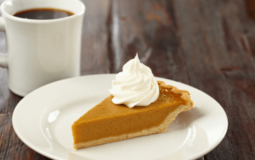 What is the Correct Way to Eat Pumpkin Pie? 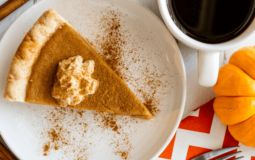 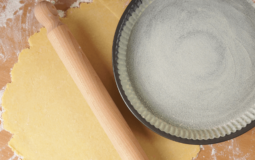