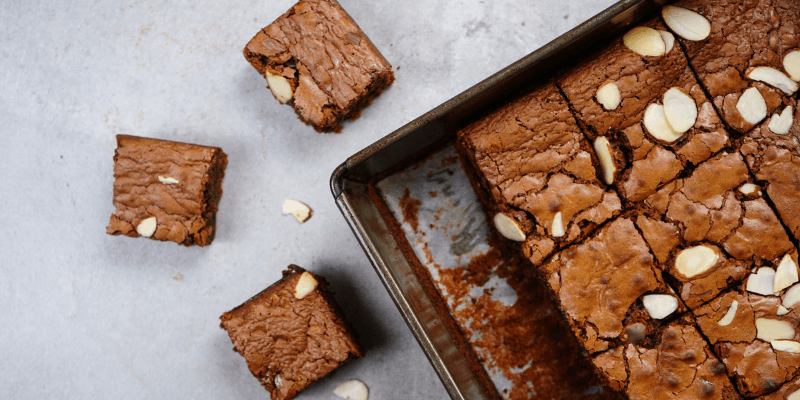 Trying to get your brownies out of the pan shouldn’t look like an episode of WWE. If you’re constantly struggling with your brownie’s departure, it’s likely an issue of lack of preparation.

Make sure to grease and line your pan before baking. If it’s still stuck, heat the pan and use a rubber spatula or knife to remove them.

Hello, everyone! My name is Michelle, and brownies are unquestionably my all-time favorite treat – which is weird, considering I don’t particularly care for chocolate. I guess I’m an enigma.

Anywhoo, you’re here because you’re struggling with getting your brownies out of the pan. And honestly, this is a very common mishap. It’s even happened to me several times, and I’ve been baking for ten years.

Keep reading to find out how to get brownies out of the pan quickly and efficiently.

How to Get Brownies Out of Pan: Three Top Tricks

Removing brownies from the pan easily starts with proper preparation. You need to use the right size and material (an 8 or 9-inch aluminum pan works best) and ensure it’s greased, coated, and lined correctly.

But even with proper preparation (or lack thereof), you can wind up with brownies stuck to your pan. If you’re toiling with brownies that just won’t budge, here are my top three tricks for success.

1. Cool on Top of a Cold Towel

While proper pan preparation is key to brownie departure success, the cooling process is the next thing to concern yourself with. Brownies must cool for approximately 30 minutes before you try to cut them. Otherwise, you will have difficulty removing them from the pan.

Yes, I know; 30 minutes is a long time to wait, especially with the decadent chocolate aroma wafting through the air. But it is 100% essential for victory.

But don’t just leave your brownies on the counter and hope for the best. Here’s a nifty trick that can help you remove your brownies: set the hot pan on top of a cold towel. The cold towel will encourage the brownies to break away from the pan, allowing you to remove them quickly. Win!

So you’ve greased, lined, and cooled, but nothing seems to be working. What now? Are your brownies destined for the garbage bin? Not yet.

Sometimes, it’s as easy as heating your brownie pan. Don’t stick it in the oven, though. Turn your stovetop on very low heat and place the pan on top. You will only need to heat it for a few minutes.

The grease will warm up and allow the brownies to slip and slide right out.

When all else fails, you can always resort to prying it out. However, do so gently. You’re trying to avoid a crumbling mess, not create one.

I suggest using a rubber spatula to remove stuck-on brownies. Maneuver it around the edges of your brownies to try and “loosen them” off the pan. When you start making some progress on the sides, slip the spatula underneath to help pick them out of the pan.

You can also use a knife if you don’t have a rubber spatula on hand. It can still work, but a knife is obviously less pliable than a rubber spatula. So, you might not get the same great results that the spatula can provide.

Note: This trick works best right after warming up the brownie pan. So, use tip #2 before trying tip #3, if possible.

What to Do With Crumbly Brownies

If you tried everything but ended up with crumbled, lifeless brownies, don’t throw them away! Just because they’re not “aesthetically pleasing” doesn’t mean they can’t still be utilized. There are many ways to use brownies aside from the traditional bite-sized treat.

Here are the top three ways to use them:

Brownies can be tricky treats to work with; they just love sticking to the pan! But now you know how to get them out successfully. Dive into these commonly asked questions if you want to learn more about this topic.

How long should brownies cool before removing from the pan?

Brownies need to cool for at least 30 minutes before trying to remove them. Otherwise, they will be difficult to remove, and you will likely end up with stuck-on brownies. Do yourself a favor and allow them to cool as they are supposed to.

Why do my brownies keep sticking to the pan?

It’s likely an issue with preparation. Remember, you should always use an 8 or 9-inch pan. Materials like non-stick aluminum metal and silicone work best. Still, you will need to grease, coat, and line your pan to prevent sticking.

Do you let brownies cool in the tin?

Leave your brownies to cool in the tin you used to bake them. This is for no other reason than it’s somewhat impossible to remove brownies successfully before they’ve cooled.

Will brownies harden when they cool?

Brownies will “firm” but not necessarily “harden.” The firmness is desirable and will allow you to cut the brownies into bite-sized, easily transportable squares.

The best way to get brownies out of a pan is to cool them on a cold rag. If you are still struggling, then you can heat the pan a bit before trying to remove them. Still having problems? Use a rubber spatula or knife to work around the edges and release your brownies.

Do you struggle with removing brownies from the pan? Do you have any special tricks to add to this list? We’d love to hear! 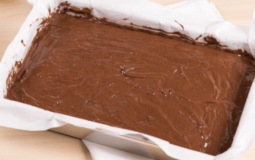 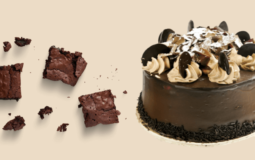 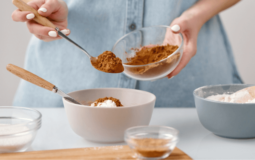 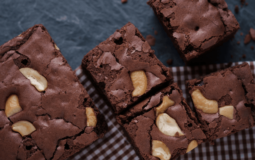 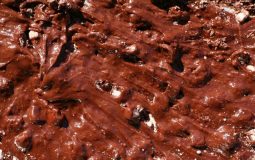 How to Turn Brownie Mix into Cake